Why #metoo will liberate us all 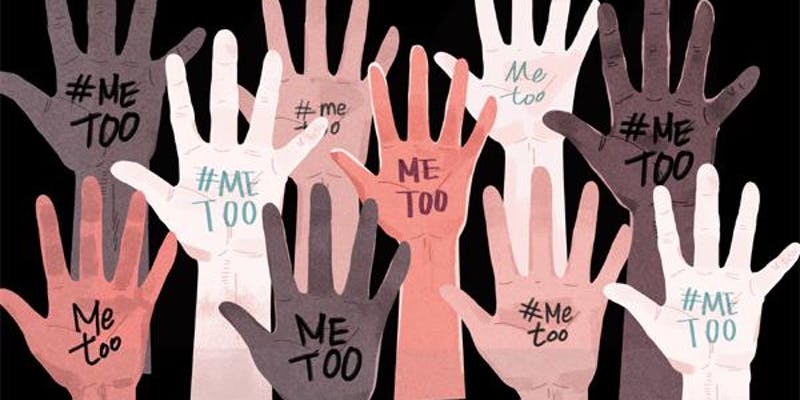 My input for the Battle Of The Ideas: Zurich Salon about the one year anniversary of the hashtag and movement #metoo in October 2018.

One year ago, a series of articles about Harvey Weinstein and a tweet from the actress Alyssa Milano led to one of the biggest movements in modern feminism: #metoo. And before telling you how important that all was, let’s talk about the elephant in the room:

Depending on the country, the number of false accusations lies between two and eight percent. Every percent of that is a percent too much. But luckily, in our legal system, there is the presumption of innocence.

#metoo is about gender. Because as much as men are victims of sexual misconduct too, in most cases, they are the offenders. When we read stories about rape, we hear about a woman who got raped. And not about a man that raped a woman. We read studies about how many women got raped. But the study never says: This many men raped women in 2018. Until #metoo, we didn’t talk about the men. Now, we finally do. For the sake of everybody.

And that is just one of the things that #metoo encouraged. After centuries of living in a patriarchy, that frankly didn’t make anybody feel really chill or happy, the removal of gender-roles is crucial.

So what about the victims? When they finally find the courage to talk about their assault, they not only have to publicly revive the most traumatic event of their lives, but also face something that in some cases is even more scarring: The reaction of the public. When women speak out about abuse, we don’t believe them. We tell them they do it for attention or money or just for the hell of it. We victim-blame and slut-shame and tone-police them. We tell them to dress properly because with a skirt like this, they were asking for it, weren’t they?

We love to hate on those victims because in acknowledging the sheer amount of victims we would be forced to acknowledge the fact that there is something deeply wrong within our society.

Over decades, people have gone through hell by experiencing sexual misconduct and the abuse of power. They suffered the shame, the fear, the humiliation, the guilt and the despair that came with it. And since one year, the wall around this silence is finally and slowly crumbling down.

I am a victim too. On my 18th birthday, a grown man grabbed me by the pussy under my sparkly party dress. I was too shocked to react. And on that night, just on the edge of becoming a woman, I learned very quickly what it’s going to be like to be a female human being of the 21st century.

I am a victim too. And victimhood is nothing pitiful or shameful. It’s acknowledging that a bad thing happened and that it wasn’t my fault. And that I have every right to be angry. Victimhood is something to be taken seriously and not something mock.

#metoo was healing. It released the wall of shame and created a space of understanding and solidarity. It gave those a voice who were too powerless to make themselves heard. Just by telling them: You are not alone, me too. It broke a silence that was toxic for countless lives. It urged men and women to reflect on their behavior. And in many cases, it brought some justice. It empowered not only women, but also men to take part in a discussion that concerns us all.

But a hashtag is not enough. It never is. We must take this even further. Hollywood stars are talking about abuse now. But not your immigrant cleaning lady. Not yet.

We need to fight sexual double standards. And we need to stop reducing women to their looks. As long as we fail to acknowledge them as human beings, women will continue to be treated as objects.

And let me get this straight: I could walk around naked and that would still not give any person any right to touch my body. And no, I don’t need to grow a thicker skin. People need to learn how to behave.

Sexual misconduct is something we need to talk about. In schools, in companies, at festivals. And we need to support the victims, because they have to stand up for themselves. Let’s make them feel safe enough to do so.

And to end this input, let me state this: We need male allies. Because they too will profit from a society where people treat each other with kindness and respect. Because they are victims too. Because in Swiss law, the definition of rape is a penis penetrating a vagina and this is devastatingly sexist against men.

#metoo is not a battle of the sexes. It’s not about poor women against evil men. It’s not a witch-hunt where people seek revenge. It is a quest for justice. And we are in this together. The battle against a sexist society is complicated and not easy. Change never is. It is usually painful and tiring and exhausting.

But we need it in order to move forward. We need to talk about issues that hinder us from living to our fullest potential as human beings.

About the Battle Of The Ideas.